Watch Out! Mum & Dad Are On Snapchat 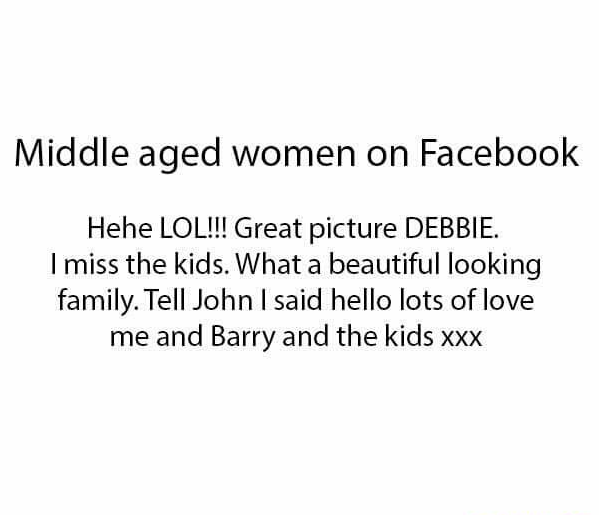 Yep, well the same thing is about to happen with Snapchat, if the latest statistics are anything to go by, and I for one am suddenly somewhat thankful that my mum still struggles with answering her iPhone and sending texts (she just discovered emojis last week…?)

According to a recent study released by Comscore, 14% of Snapchat users in the US are now over the age of 35 – up from just 2% three years ago. The company has indeed confirmed this increased uptake of older demographics by confirming to Tech Insider last week that 17% of its users in the US are over 35.

Snapchat grows in popularity amongst all age groups

Ok ok, so let’s not just leave out half the stats here just to make jokes about how hilarious it would be if your mum started sending you dog-filtered Snapchats on the daily. The fastest growth in Snapchat users over past three years still occurred in the 18-24 age bracket: 69% of them are now using Snapchat, as well as 38% of all 25-34 year olds. The instant photo messaging app now has 150 million daily users globally, 80% of which are between the ages of 13 and 34. 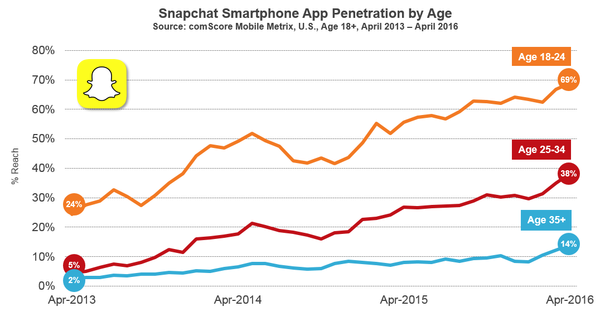 What does this mean for marketers?

We’ve seen a few great examples already of companies and brands using Snapchat as a marketing tool, including Commonwealth Bank, Domino’s Australia (an early adopter of the platform, getting on board as early as 2013), as well as a bunch of Australian fashion brands, including Sportsgirl, Myer, and Senso Shoes (a great list here provided by Who What Wear). But previously, where brands were purely jumping on the Snapchat bandwagon to try and appeal to its younger customers, brands with a traditionally older client base may now be seeing increasing reasons to get Snapping as well.

Brands can and should be using Snapchat to:

One thing’s certain, we’ll be keeping an eye on this growing trend and starting to explore further into the world of Snapchat and its potential for marketing. In the meantime, here are some more great tips for getting started on Snapchat for small businesses, provided by Cisco Social Media strategist, Tina Shakour, via Huffington Post Australia:

Does your business use Snapchat for marketing?