Both of these platforms did not sit within the main AdWords reporting interface however, meaning additional work for advertisers when reporting and budgeting for these campaigns. GSP, in particular, required advertisers to use a whole different domain for campaign management.

The separation of AdWords for Video campaigns into the “all video campaigns” tab in the bottom left hand corner of an AdWords account was also the subject of much annoyance for advertisers looking for an easy life, or at the very least an easy workflow!

Even AdWords accounts which had not previously run video campaigns will now be able to easily create these campaigns from the familiar red “+ CAMPAIGN” button. 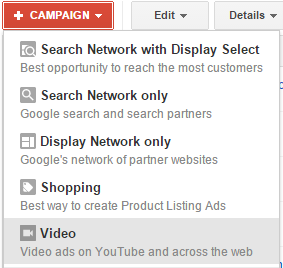 Navigating between campaign types is now easier too, with video campaigns selectable from the campaign type drop down in the top left-hand corner of the interface. 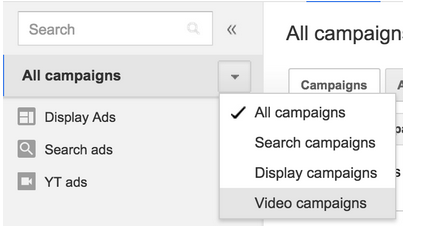 As mentioned above, bringing these products into the main interface will solve a whole raft of reporting and analysis headaches for advertisers, with the following options relating to video and GSP campaigns now available to view at various levels of the regular AdWords interface structure.

N.B – you will also see total rows for only the campaign types you manage. 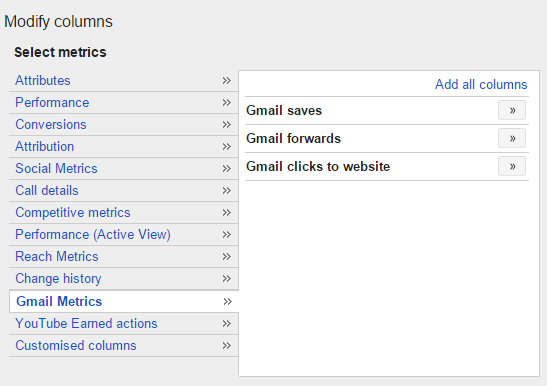 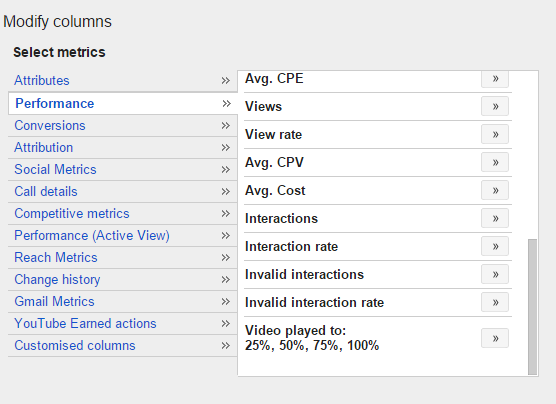 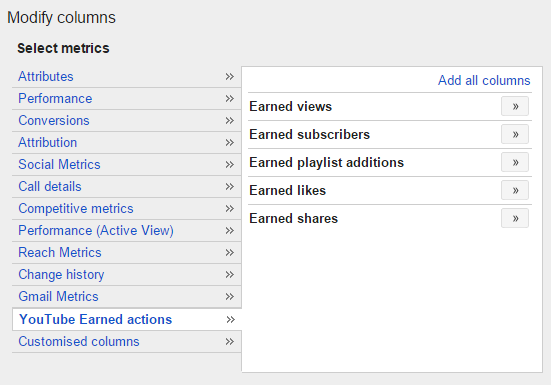 To help advertisers get used to the reporting changes, Google has updated the AdWords documentation centre with a section specifically on viewing performance across campaign-type.

One feature of the integration which Google has not officially commented on yet, but could prove to be hugely valuable for advertisers, is the ability to see AdWords for Video and GSP campaigns in the attribution funnel, which would more accurately allow advertisers to map these campaigns, which are not traditionally associated with direct response conversions, into the overall attribution journey from first-click to last-click conversion.

The change also has an effect on how AdWords for Video campaigns are structured, meaning that the old targeting group structure is now being shifted to focus on ad groups. Google’s official explanation of the change is this:

We’re also replacing targeting groups with ad groups, the basic building blocks for Search, Display, and Shopping campaigns. Now every ad group will have a single TrueView format, either in-stream or in-display. Though each ad group has only one format, campaigns can have multiple ad groups so you can still run both in-stream and in-display ads in the same campaign. To create a new campaign, just click the +CAMPAIGN button, click the new Video campaign type, and then create new ad groups within each campaign by clicking +AD GROUP.

The way this will look in terms of setting up the new ad groups is visible in the screenshot below. As yet there is no word from Google about how and when existing targeting groups from AdWords for Video campaigns will be moved over to the ad group structure, keep your eyes peeled on this blog for any updates on this point. 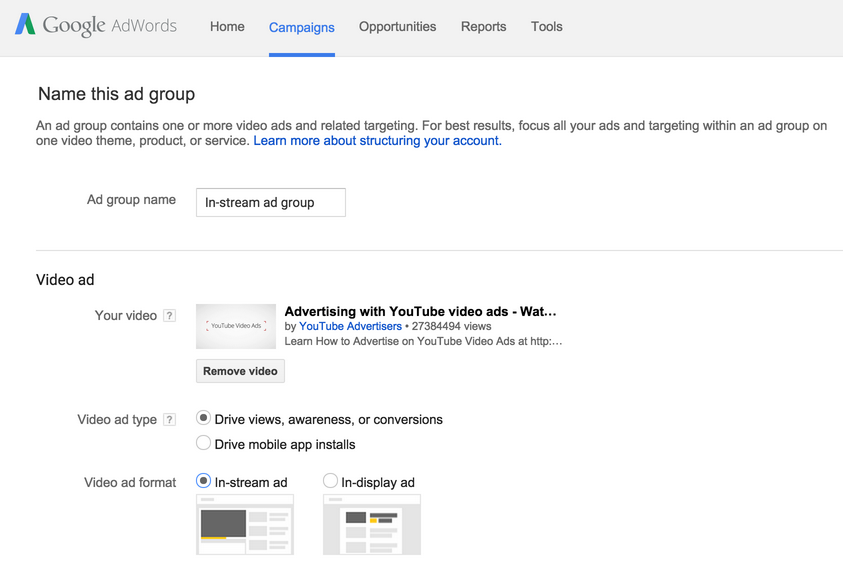 Phew! We’ve covered a lot so far, still with me? OK, finally, the interface changes will also streamline the process of remarketing audience creation/selection, with YouTube remarketing audiences now visible in the AdWords shared library. Bulk edits to Video and GSP campaigns will also now be available in AdWords editor and via bulk spreadsheet uploads in the web interface, meaning faster campaign editing for all campaign types, hooray!

Do you have any questions or comments about how you can use the new AdWords integrations to improve your workflow? Let me know in the comments section below!