Vibe: Buzzy (even by Reef standards, trust me!)

The excitement was palpable as we started to shut off our computers and changed into comfy gear to embark on an adventurous evening out. We were headed to Sky Zone, Alexandria, a place where our inner child was able to come out and play in a warehouse full of trampolines, sponge pits and climbing walls!

As soon as we got there, we were a tad intimidated by all the fearless children around who were jumping off the walls and doing front flips into the sponge pits. We obviously didn’t know what we were in for.

Our fun packed afternoon, which was organised by the SEO team, involved:

Our inner child jumps for joy!

Firstly we needed to put on these strange (but really cool) socks that had little grips on the sole. Thank heavens we did wear these socks because the trampolines would’ve been quite slippery otherwise.

And now for the fun part. All 16 of the Reefers got their own spot on the trampolines and we started jumping away!

Everyone found the trampolines a lot of fun. Imagine this: 16 fully grown adults jumping for joy in a place where kids go during the school holidays! 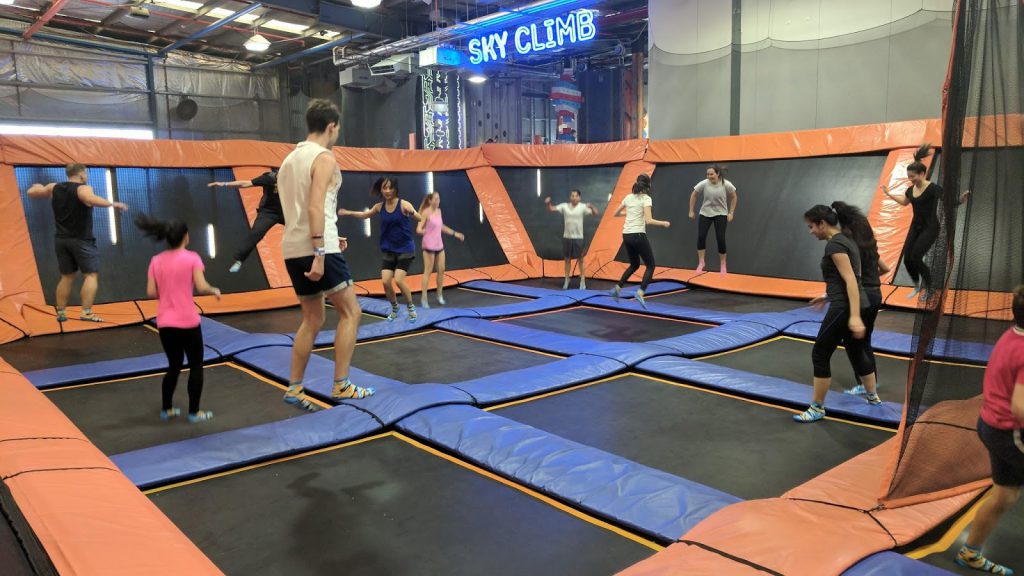 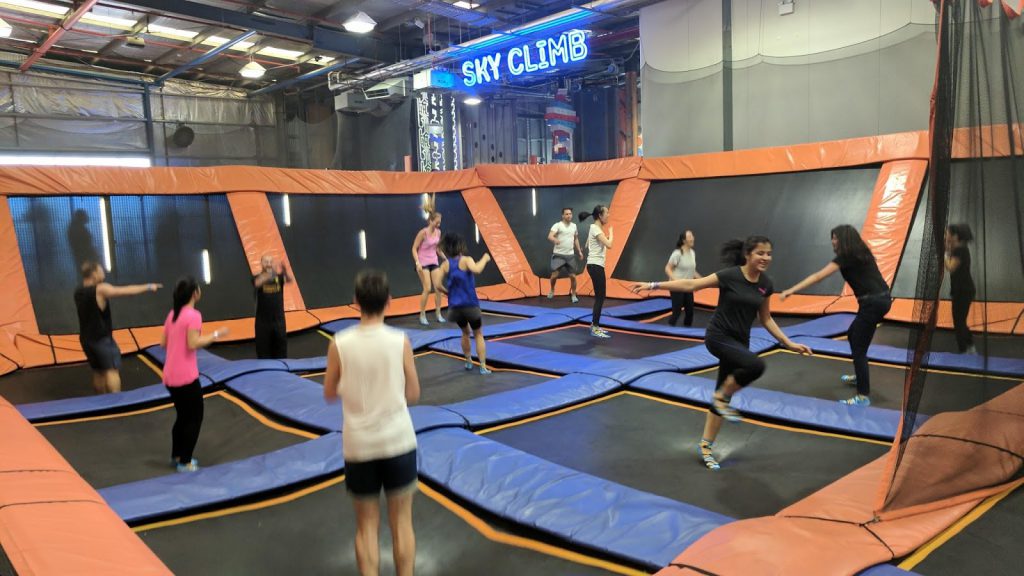 Ishita and Anuradha found it so exhilarating that they lost control and fell a few times too! Personally, I discovered that wearing a loose t-shirt wasn’t the best clothing to frolic around on the trampolines (should’ve worn something that clung to my body!). #fail

There was so much to do including jumping into the sponge pit and even performing slam ducks at the basketball hoops with the help of the trampolines.

There was one point where the team even played a ‘friendly’ game of dodgeball against a team of children. Don’t worry we were so noble we ‘let’ them win!

I even saw a lot of the Reefers’ competitive sides come out. Notable mentions to Janina, Colin, Michael and Lu for their backhand and super awesome dodgeball skills.

Combating our fear of heights

An hour of jumping had helped us get warmed up for another hour of rock climbing. We were given a quick demonstration of how to put a harness on and also how the self-belay worked.

I’m terrified of heights so this was something I wanted to walk away knowing I had combated. Everyone was super keen to start climbing, so away we went!

I got the hang of things and started to trust the self-belay more as I climbed. Little by little, I started to climb higher and higher!

What I didn’t realise was that we had a few spider monkeys in the team who were climbing the walls without any fear! Notable mentions include Hadrien, Janina, Michael, Scott, Zoe, Steph,  Stevani, and Ishita. 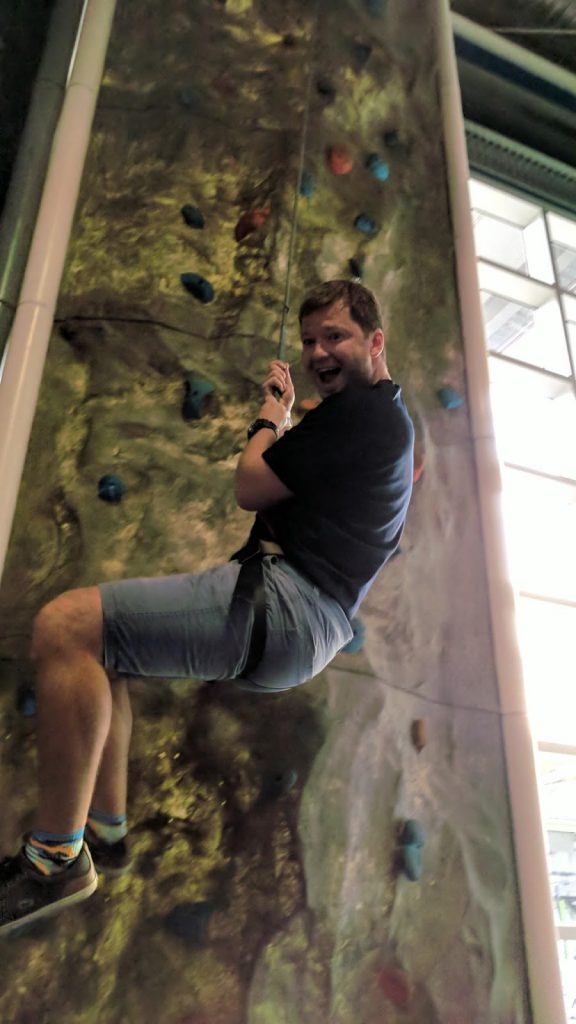 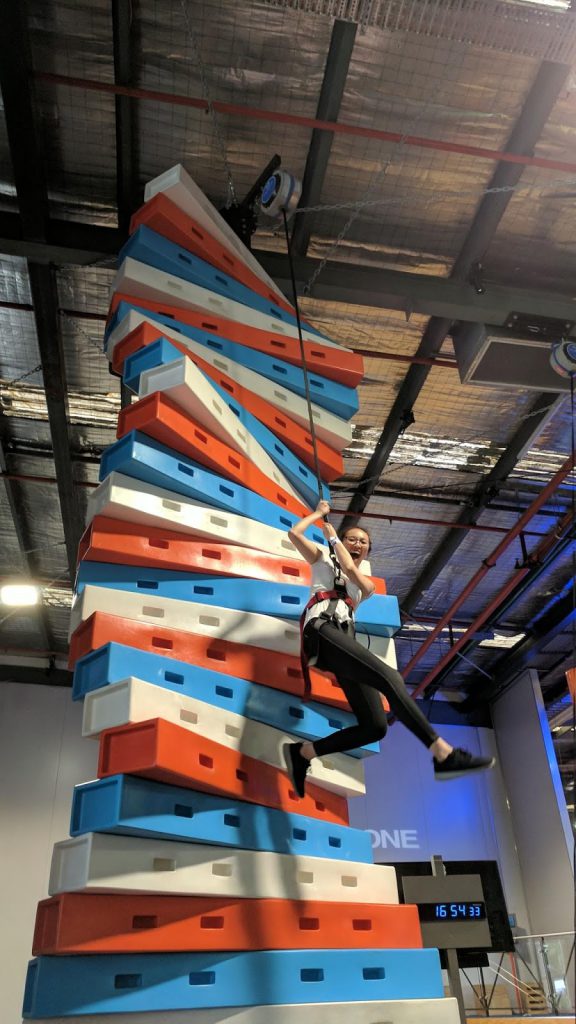 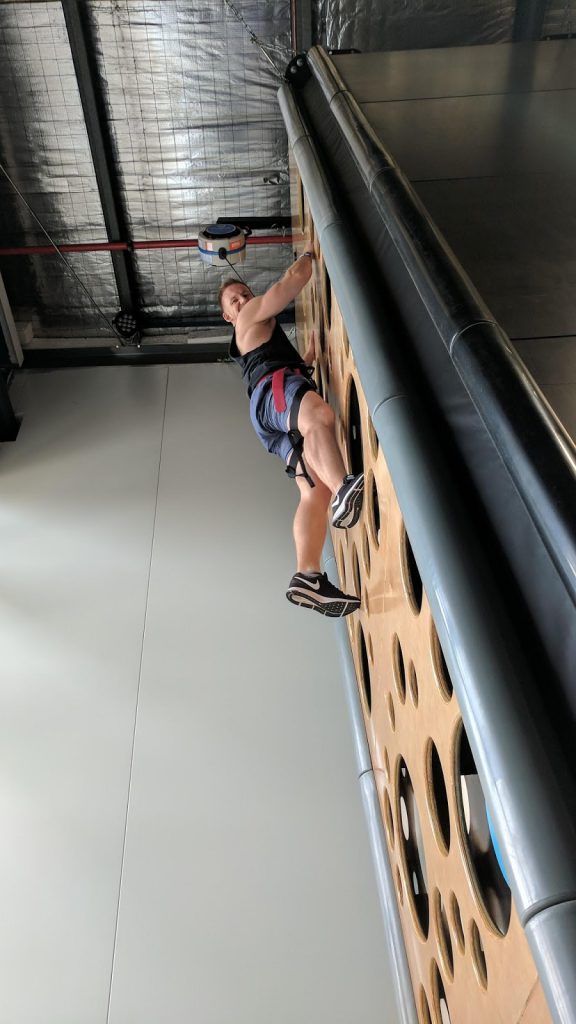 My favourite part of this hour was seeing everyone compete on the timed climbing wall, where two members would be climbing side by side to see who would reach the top the fastest. 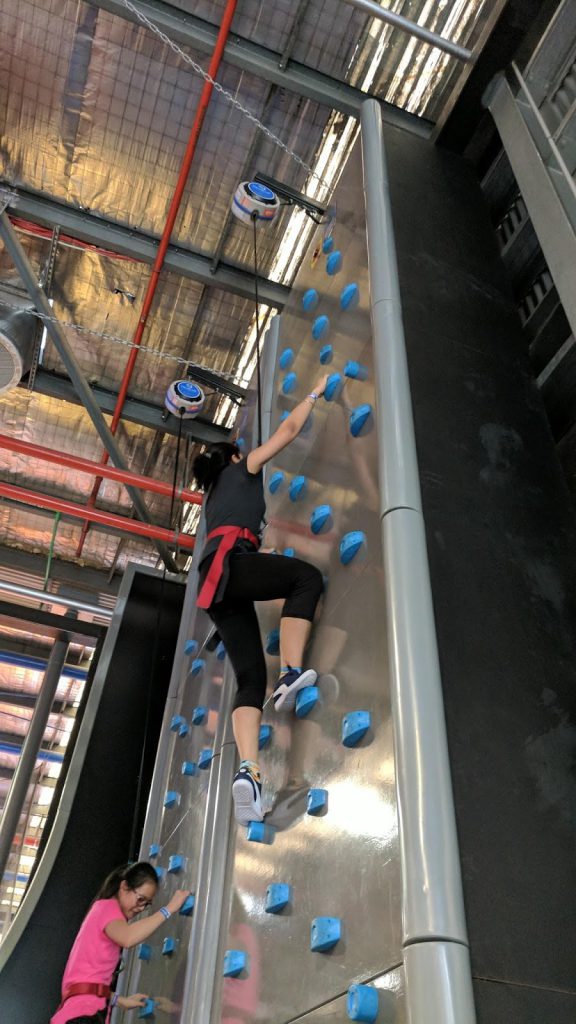 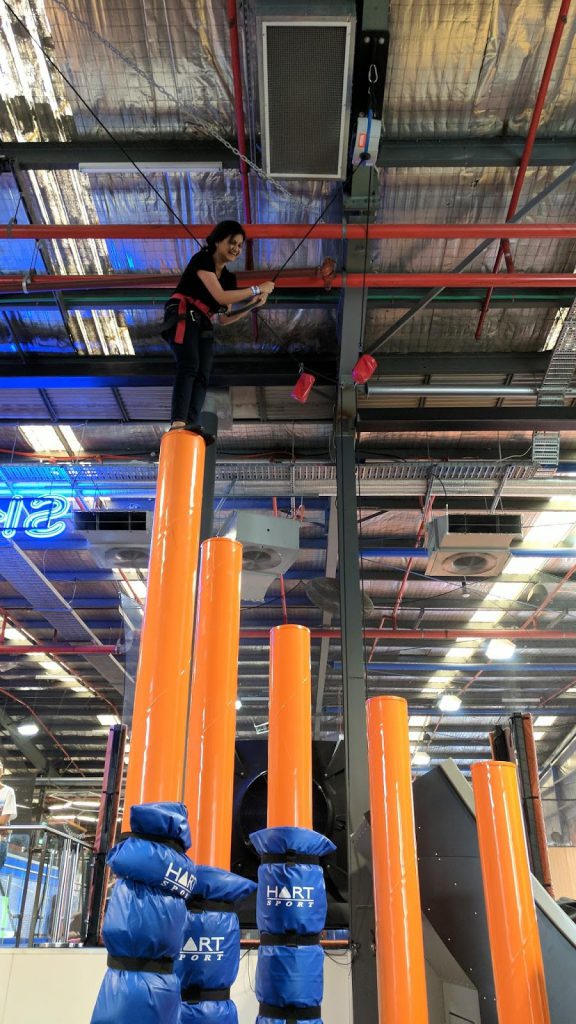 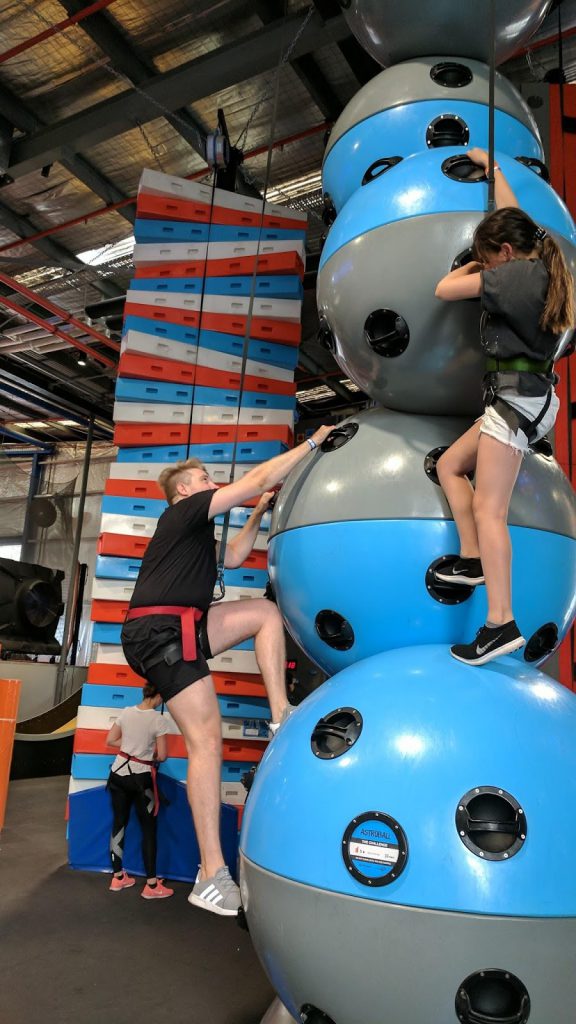 After, we grabbed a bite at the Rocks Brewery

After two hours of climbing, jumping, flipping and everything else in between, we were super parched and ready for a big feed. The team walked not too far to The Rocks Brewery, which is on the same complex as Skyzone.

We enjoyed great food and tasty beers while reflecting on facing our fear of heights and embracing our inner child.

On behalf of Reef, I want to thank the SEO team, and more importantly, Joel, for organising everything for us to have a break away from the office.

Until our next social event! 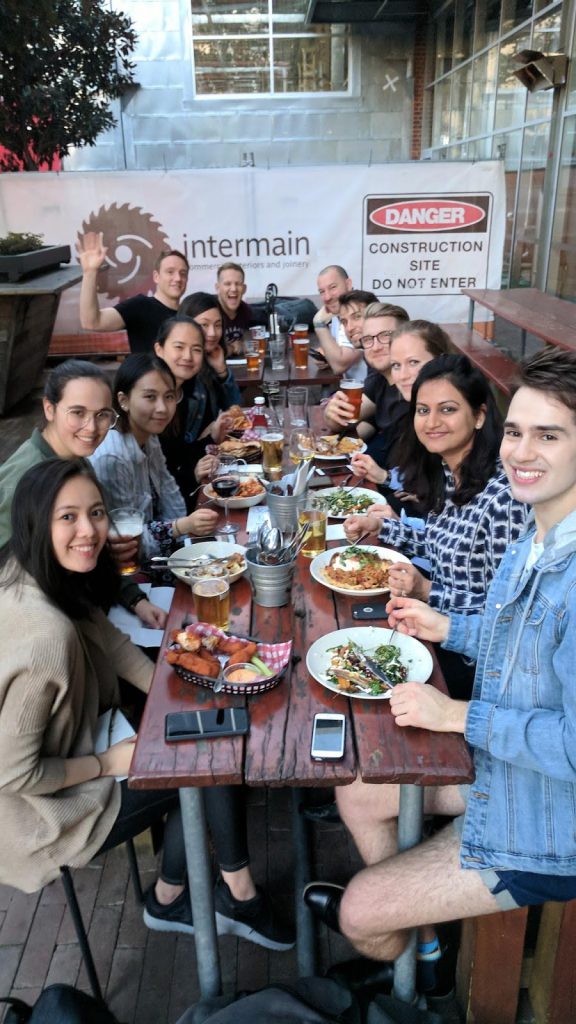