How One Small Change from Google Could Revolutionise Mobile eCommerce

In October 2014, Google’s Executive Chairman Eric Schmidt in Berlin stated that “really, our biggest search competitor is Amazon. People don’t think of Amazon as search, but if you are looking for something to buy, you are more often than not looking for it on Amazon”. Shortly after his Berlin speech, Google announced to retailers that a “buy” button for Google Shopping on mobile will be considered and it’s now in Beta.

While we tend to think of Google as the monopolist of the search world, Mr Schmidt’s statement is valid and it begs the question – who commands online commerce? If your assumption is Google, you are incorrect. According to The Wall Street Journal, in 2014 39% of online shoppers in the US did their research on Amazon as opposed to 11% on Google.

Search as a Marketplace

For a lot of people “Googling” is synonymous with finding stuff on the internet, it’s free, it’s always available, and usually does exactly what it promises – helps you find stuff. What is easy to forget when such a powerful tool is so convenient, free to use, and readily available, is that Google exists as the huge business success that it is because it helps people find things, and that if it fails to do this well, its value as a business declines.

Thereby, if you read Eric Schmidt’s statement again, it is a really big deal that one of Google’s competitors in the search engine world – Amazon – are outdoing Google at its core function: helping people find stuff, the stuff here being products that you can buy online.

That Amazon is not only a search engine but also a 3rd party marketplace poses a problem for Google, where in the past product searches on Google linked out to retail websites rather than keeping them within the Google platform. The introduction of Google Shopping changed this. The change was particularly significant as it meant that search is no longer just about search as a service but search as a marketplace. Is it possible to get all Ecommerce functioning from 1 platform on the internet? If there is a company that could do this then it’s Google.

Important to note is that this trend is not limited to Google. Is Facebook next? Visual discovery tool Pinterest just brought out a “buy” button, making it’s Pin’s no longer just pretty collections of things you like or want to have, albeit some pins linking back to retailers, but things that you can buy within the Pinterest platform. By creating a Pinterest 3rd party marketplace, adding to its utility as a marketing tool, and with its added search for buyable pins function it is now also entering the lucrative product search market. Having personally engaged with Pinterest, collecting a virtual pin wardrobe of sorts, this change means I can now easily physically own my virtual items. It’s a game changer, search engines and social platforms are evolving marketplaces in their own right. 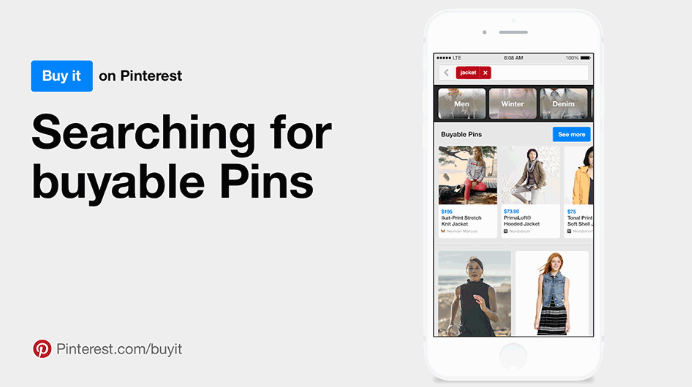 The Significance of the “Buy” Button.

Seeing as Google already have Google Shopping, why is the introduction of a Buy button to its mobile shopping option such a big deal?

On the surface there is first and foremost the fact that, as stated by Search Engine Land’s Ginny Marvin, it transforms Google’s function from “mere referrer of e-commerce traffic to transactional middle-man.” The implications are huge in terms of data retention, mapping consumer behaviour, and keeping business on Google. Additionally, Google is differentiating itself from Amazon and Ebay as users of Google Shopping will not forgo a percentage of every transaction but rather will continue to function on a Pay-Per-Click basis. For the digital marketing specialist who is not already familiar with Google Shopping, this means it’s time develop a further digital skillset.

The second and more significant implication is the mobile element. As reported by Nielsen, over 85% of Generation Y own smart phones in the US, and this trend is not isolated to the US. Deloitte reported that smartphone ownership in Australia is at 81% and has increased by 21% over the past 3 years. And we’re not just using our mobiles for social media, but we are searching for and buying products online. 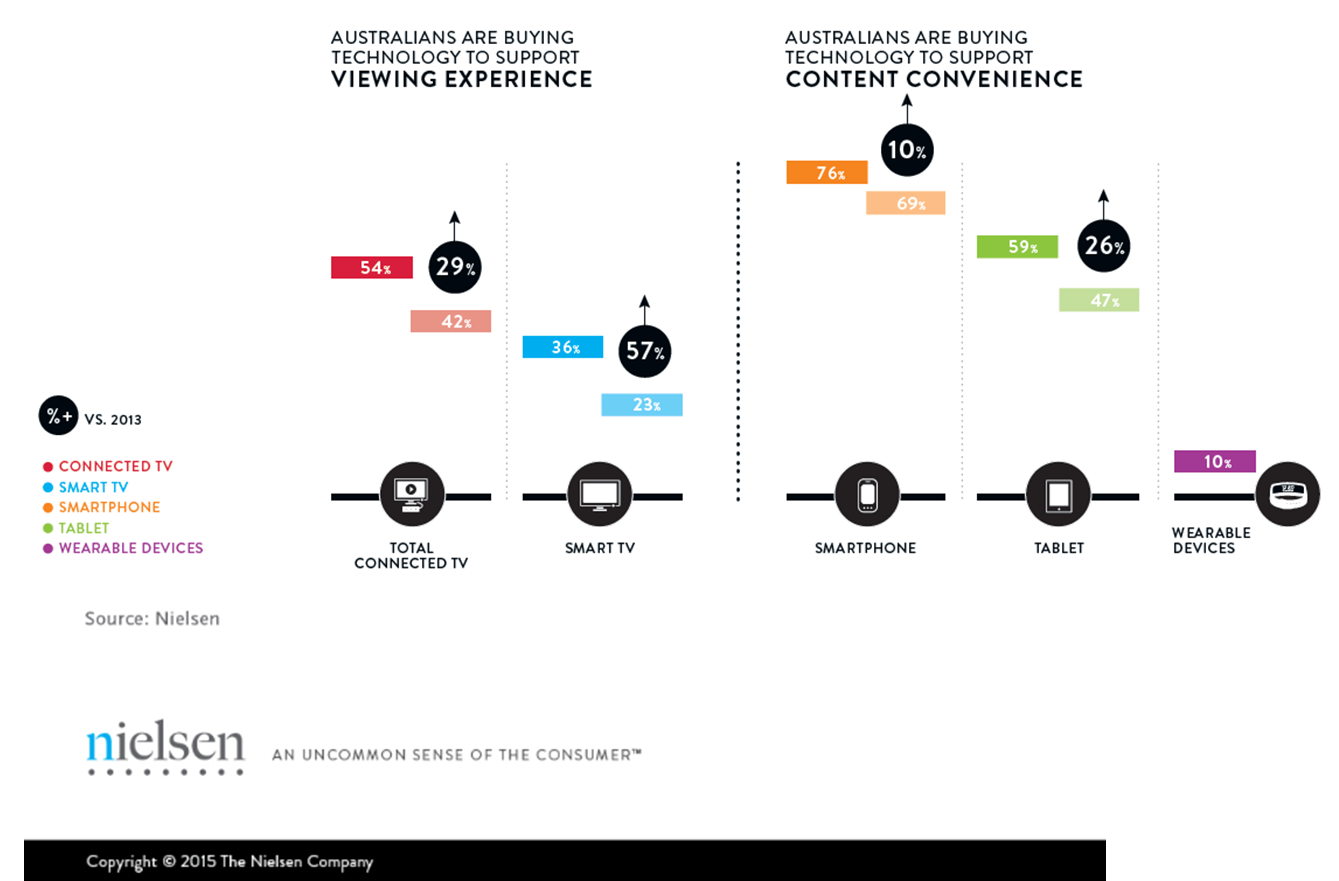 The one barrier to online shopping on mobile to date is that it is just not as user friendly as shopping on a tablet or desktop – the introduction of more user friendly shopping options within the Google search engine, meaning that we don’t have to go to a further external site, may significantly impact how people buy online.

Thereby, the ultimate significance of the buy button on Google shopping is that it raises the question: will this shift our purchase behaviour further towards mobile?

Goldman Sachs estimated that in 2014, 75% of Google mobile searches were made from Apple devices. There is a clear interdependence here, as apple owns a near monopoly in mobile devices. Were Apple to launch its own search service on its devices, or switch its search relationship to Bing, it could be detrimental to Google’s mobile business, in particular when reflecting on Google shopping and the introduction of Buy buttons. 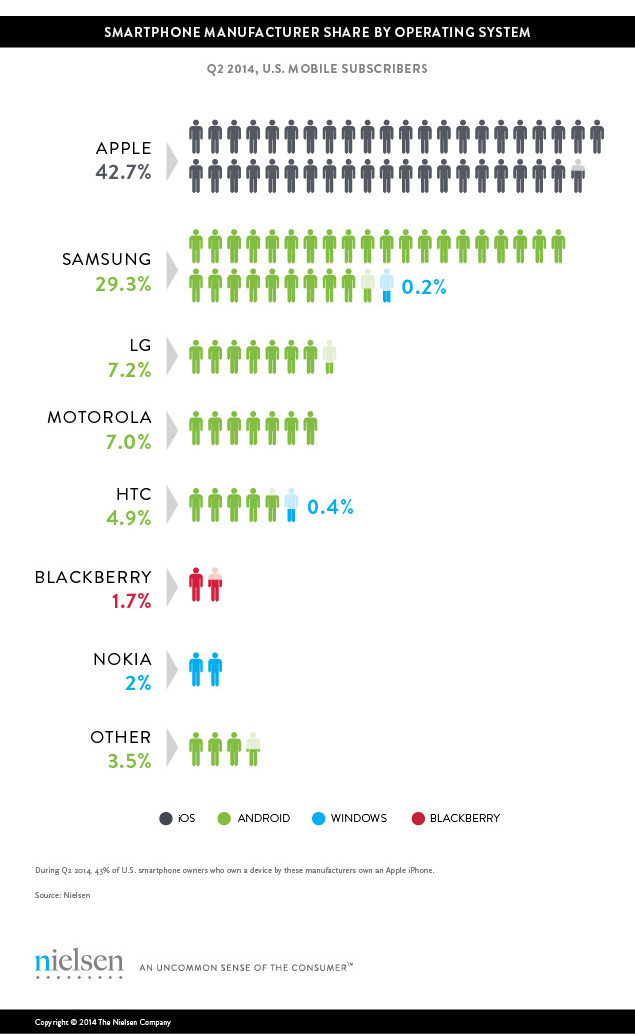 With the shift towards mobile, this vulnerability says above anything else that what we need to observe is the relationships that Google maintains with smartphone businesses like Apple. As reported in Search Engine Land by Greg Sterling, one research firm, eMarketer, has already predicted that “spending on mobile SEO and PPC will overtake desktop search marketing spending next year”.

So what is the status of the Google-Apple search relationship? Does or will Bing fit into the picture? Here the stakes are particularly high.

“History has proven that size and past success are no guarantee for the future. Great companies can be surpassed swiftly. Look at Yahoo, Nokia, Microsoft, Blackberry and others who seemed unrivaled just a few years ago, but were disrupted by a new wave of tech companies, Google among them. Many of you are skeptical. I get that. You look at Google, Apple, Facebook, and Amazon and say there’s no way competitors can beat them. I’m less certain. For one thing, these companies are each other’s’ biggest competitors, because in tech competition isn’t always like-for-like.”

Google as a business is going to keep changing and evolving in relation to its competition in the digital technology world. Both digital marketers and businesses operating in this space need to be willing to adapt and evolve with them, viewing change as opportunity.

The buy button on Google shopping will bring a world of change for small businesses operating online. Here, the playing field will potentially become more even as your product may appear next to those of larger retailers. What will this mean for competition in your industry? Time will tell and I’m watching with curiosity.